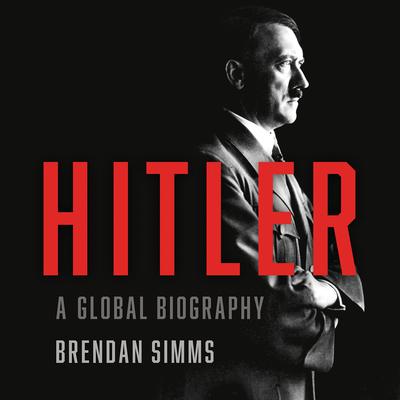 From a prize-winning historian, the definitive biography of Adolph Hitler

Hitler offers a deeply learned and radically revisionist biography, arguing that the dictator's main strategic enemy, from the start of his political career in the 1920s, was not communism or the Soviet Union, but capitalism and the United States. Whereas most historians have argued that Hitler underestimated the American threat, Simms shows that Hitler embarked on a preemptive war with the United States precisely because he considered it such a potent adversary. The war against the Jews was driven both by his anxiety about combatting the supposed forces of international plutocracy and by a broader desire to maintain the domestic cohesion he thought necessary for survival on the international scene.

A powerfully argued and utterly definitive account of a murderous tyrant we thought we understood, Hitler is essential reading for anyone seeking to understand the origins and outcomes of the Second World War.

Brendan Simms is a professor of the history of international relations and a fellow at Peterhouse College, Cambridge. He is the author of Unfinest Hour, Three Victories and a Defeat, and Europe, which was shortlisted for the Lionel Gelber Prize.