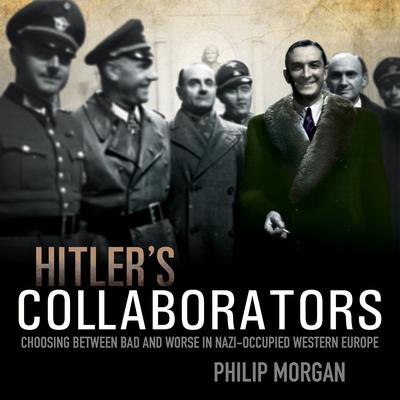 Hitler's Collaborators focuses the spotlight on one of the most controversial and uncomfortable aspects of the Nazi wartime occupation of Europe: the citizens of those countries who helped Hitler. Although a widespread phenomenon, this was long ignored in the years after the war, when peoples and governments understandably emphasized popular resistance to Nazi occupation as they sought to reconstruct their devastated economies and societies along anti-fascist and democratic lines.

Author Philip Morgan moves away from the usual suspects and focuses instead on the businessmen and civil servants who felt obliged to cooperate with the Nazis. These were the people who faced the most difficult choices and dilemmas by dealing with the various Nazi authorities and agencies, and who were ultimately responsible for gearing the economies of the occupied territories to the Nazi war effort. It was their choices which had the greatest impact on the lives and livelihoods of their fellow countrymen in the occupied territories, including the deportation of slave-workers to the Reich and hundreds of thousands of European Jews to the death camps in the East.