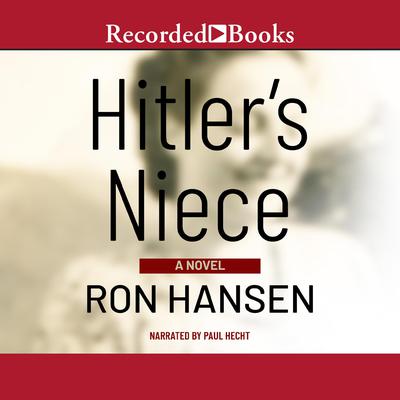 Passionate, eventful, and beautifully written, this insightful fictional biography is as compelling as a psychological thriller. Hitler' s Niece gives striking testimony to the broad range of this award-winning author' s multifaceted talent. Readers are as much haunted by its spartan style as they are by the graceful prose of Mariette in Ecstasy and Atticus. As Adolph Hitler stood poised to unleash his reign of horror, his 23-year-old niece, Geli Raubal, was found shot to death in his flat. By the time the news hit the street, Hitler' s inner circle had trivialized her death as the suicide of a frustrated young singer. But the twisted, disturbing secrets she took to her grave would have destroyed the messianic image of the rising young fuhrer. And no one knew that better than sinister Uncle Adolph himself. Narrator Paul Hecht so adeptly captures Geli' s naivete and Hitler' s growing cruelty that listeners find themselves bracing for a collision. When it happens, our profound sense of horror at Hitler' s insanity is powerfully confirmed.

Ron Hansen is the author of many novels—including Mariette in Ecstasy, Desperadoes, and A Wild Surge of Guilty Passion—and two short-story collections, among them She Loves Me Not. His novel The Assassination of Jesse James by the Coward Robert Ford was a finalist for the PEN/Faulkner Award. He graduated from Creighton University in Omaha and went on to the University of Iowa Writers’ Workshop where he studied with John Irving. He is now Gerard Manley Hopkins SJ Professor in Arts and Humanities at Santa Clara University in northern California.