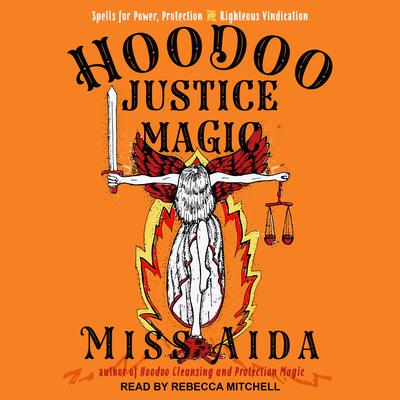 Historically, Hoodoo was the magic of the disenfranchised, marginalized, and vulnerable. It was born of the need to obtain justice, power, and protection, as these were not typically naturally forthcoming. The ancestors and earliest practitioners of Hoodoo were enslaved African Americans, followed by their descendants and neighbors.

How does one obtain justice if the system is inherently skewed against you? Hoodoo has developed a vast arsenal of justice and payback spells—spells intended to create a balance of power, punish victimizers, and protect victims from further victimization. It also empowers the victimized, so that they are able to rise above their situations, restore self-esteem, and create better, happier lives for themselves. The spells vary from mild to aggressive, depending on the personal level of justification.

Hoodoo Justice Magic contains a diverse collection of these spells, as well as an exploration of their ethics. Featuring 129 spells, thirty-two recipes, and numerous rituals, there are also twenty-seven prayers for people who fear actually performing spellwork. The spells incorporate common household articles, such as salt and spices, as well as candles, tarot cards, and recitation of Psalms. Learn how to protect yourself and avoid trouble by recognizing the signs indicating predatory behavior.

“Powerful and helpful.” —Alexander Cabot, author of Touched by the Goddess
“A treasure trove of information.” —Amy Blackthorn, author of Blackthorn’s Botanical Magic
“A thorough catalogue of spells that target many specific needs in our hectic, everyday lives.” —Tim Shaw, host of the Black Cat Lounge and author of Ghosts of Buffalo
“What a deviously delicious book, written with Miss Aida’s expertise and wit. Witches and Hoodoo folk can pick up a few new tricks. Hoodoo Justice Magic is a must for your spell-working library.”  —Joanie Marie, founder of Pagan and Witch Proud

Miss Aida is an author, a registered nurse, and a proud US Air Force veteran. She was born into a Cuban family who practiced Santeria, Palo, and Brujeria and has has always been surrounded by the practice of magic. She is a natural-born medium and a Hoodoo practitioner who has received many initiations in Santeria and Palo. A renowned authority on Hoodoo, she is available for workshops, seminars, and media presentations, as well as private psychic readings. Visit her at www.missaida.com