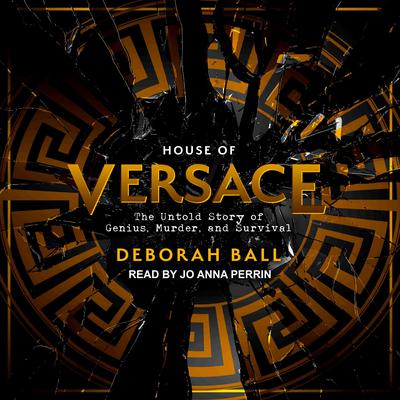 House of Versace: The Untold Story of Genius, Murder, and Survival

Versace. The very name conjures up images of outrageous glamour and bold sexuality, opulence and daring. All of course true, but only half the story. Versace is also the legacy of a great creative genius from a poor, backward part of southern Italy who transformed the fashion world through his intuitive understanding of both women and how a changing culture influenced the way they wanted to dress. The first book in English about the legendary designer, House of Versace shows how Gianni Versace, with his flamboyant sister Donatella at his side, combined his virtuosic talent and extraordinary ambition to almost single-handedly create the celebrity culture we take for granted today.

Gianni Versace was at the height of his creative powers when he was murdered in Miami Beach. The story was front page news around the world and the manhunt for his killer a media obsession. His beloved sister Donatella demanded no less than a funeral befitting an assassinated head-of-state to be held in Milan's magnificent cathedral. In what was the ultimate fashion show, the world's rich and beautiful—Princess Dianna, Elton John, Carla Bruni, Naomi Campbell, Carolyn Bessette-Kennedy, Anna Wintour, and others—gathered to mourn a man already considered one of fashion's great pioneers.

A native of Boston, Deborah Ball has been a business journalist in Europe for more than fifteen years. For twelve years, she has been a reporter for the Wall Street Journal in Milan, London, and Zurich, covering a wide variety of business, finance, and political topics. Between 1999 and 2002, she covered the European luxury goods sector for the Journal.