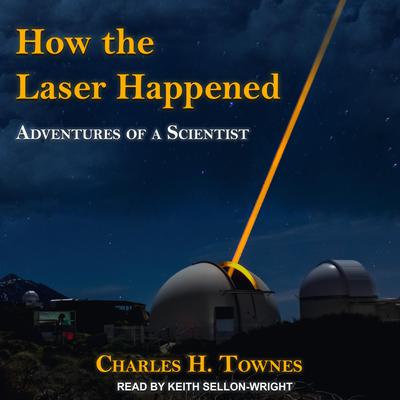 How the Laser Happened: Adventures of a Scientist

In How the Laser Happened, Nobel laureate Charles Townes provides a highly personal look at some of the leading events in twentieth-century physics. Townes was inventor of the maser, of which the laser is one example; an originator of spectroscopy using microwaves; and a pioneer in the study of gas clouds in galaxies and around stars. Throughout his career he has also been deeply engaged with issues outside of academic research. He worked on applied research projects for Bell Labs; served on the board of directors for General Motors; and devoted extensive effort to advising the government on science, policy, and defense.

This memoir traces his multifaceted career from its beginnings on the family farm in South Carolina. Spanning decades of ground-breaking research, the book provides a hands-on description of how working scientists and inventors get their ideas. It also gives a behind-the-scenes look at the scientific community, showing how scientists respond to new ideas and how they approach a variety of issues, from priority and patents to the social and political implications of their work. In addition, Townes touches on the sociology of science, uncovering some of the traditions and values that are invisible to an outsider.

A towering and energetic figure, Townes has explored or pioneered most of the roles available to the modern scientist. In addition to fundamental research, he was actively involved in the practical uses of the laser and in the court cases to defend the patent rights. He was a founding member of the Jasons, an influential group of scientists that independently advises the government on defense policy, and he played an active part in scientific decisions and policies from the Truman through the Reagan administration. This lively memoir, packed with first-hand accounts and historical anecdotes, is an invaluable resource for anyone interested in the history of science and an inspiring example for students considering scientific careers.

Charles H. Townes is one of the leading figures in twentieth-century physics, inventor of the maser, coinventor of the laser, and a pioneer in microwave spectroscopy for molecular and nuclear physics and in the use of radio and infrared spectroscopic techniques for astronomy. A Nobel laureate, Townes was also one of the first academic scientists to accept a full-time position advising the Executive Branch during the Cold War, and was founder of the Jasons, an influential group of scientists independently advising the government. He also served on the Board of General Motors.