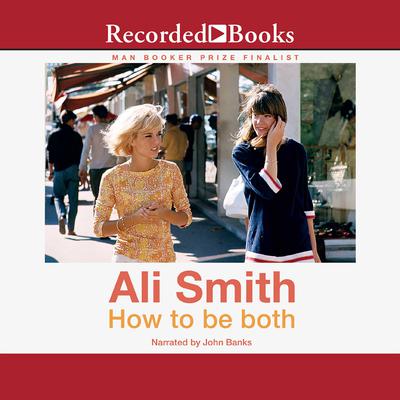 How to be both

Winner of the 2014 Costa Book Award

Finalist for the Man Booker Prize

How to be both is the dazzling new novel by Ali Smith. It is longlisted for the Man Booker Prize 2014. Passionate, compassionate, vitally inventive and scrupulously playful, Ali Smith's novels are like nothing else. How to be both is a novel all about art's versatility. Borrowing from painting's fresco technique to make an original literary double-take, it's a fast-moving genre-bending conversation between forms, times, truths and fictions. There's a renaissance artist of the 1460s. There's the child of a child of the 1960s. Two tales of love and injustice twist into a singular yarn where time gets timeless, structural gets playful, knowing gets mysterious, fictional gets real - and all life's givens get given a second chance. "Smith can make anything happen, which is why she is one of our most exciting writers today". (Daily Telegraph). "She's a genius, genuinely modern in the heroic, glorious sense". (Alain de Botton). "I take my hat off to Ali Smith. Her writing lifts the soul". (Evening Standard). Ali Smith was born in Inverness in 1962 and lives in Cambridge. She is the author of Artful, There but for the, Free Love, Like, Hotel World, Other Stories and Other Stories, The Whole Story and Other Stories, The Accidental, Girl Meets Boy and The First Person and Other Stories.

“Innovative…The book’s high-concept design is offset by the beauty, prowess, and range of Smith’s playfully confident, proudly unconventional prose.” —Elle
“A cutting-edge, even radical rumination on time, language, art, love…Ali Smith is one of our most delightfully experimental writers, in the vein of Jeanette Winterson and even Virginia Woolf. By breaking the constraints of a traditional novel, she reinvents it as an exultant testament to creativity.” —O, The Oprah Magazine
“How to Be Both has a lot more allure than its overall rigor suggests, thanks to the obvious pleasure Ms. Smith takes in creating her peculiar parallels and exploring the questions they raise…It is a synthesis of questions long contemplated by an extraordinarily thoughtful author, who succeeds quite well in implanting those questions into well-drawn, memorable people.” —New York Times
“Playfully brilliant…Fantastically complex and incredibly touching…This gender-blending, genre-blurring story, which was shortlisted for the Booker Prize, bounces across centuries, tossing off profound reflections on art and grief, without getting tangled in its own postmodern wires…[A] swirling, panoramic vision of two women’s lives, separated by more than 500 years, impossibly connected by their fascination with the mystery of existence.” —Washington Post
“A mystery to be marveled at…Smith is endlessly artful, creating a work that feels infinite in its scope and intimate at the same time…Her writing is crisp and elegant.” —Atlantic
“Captivating…Your experience of the novel will be different depending on which story you start with. But either way, the revelations and conclusions will be the same. How to Be Both indeed works both ways, demonstrating not only the power of art itself but also the mastery of Smith’s prose.” —San Francisco Chronicle
“British author Smith…a playful, highly imaginative literary iconoclast, surpasses her previous efforts in this inventive double novel that deals with gender issues, moral questions, the mystery of death, the value of art, the mutability of time, and several other important topics…Smith’s two-in-one novel is a provocative reevaluation of the form.” —Publishers Weekly (boxed, starred review)
“John Banks’s acting background is evident in his expressive performance of this experimental novel…Banks’ relaxed performance flows easily from narrative to stream of consciousness to dialogue, giving listeners the space to form connections between the characters and to take in the rather profound meanings of the stories.” —AudioFile

Ali Smith is the author of many works of fiction, which won many awards, including the Women’s Prize for Fiction, the Goldsmiths Prize, and the Costa Novel of the Year Award. Her work has four times been short-listed for the Man Booker Prize.