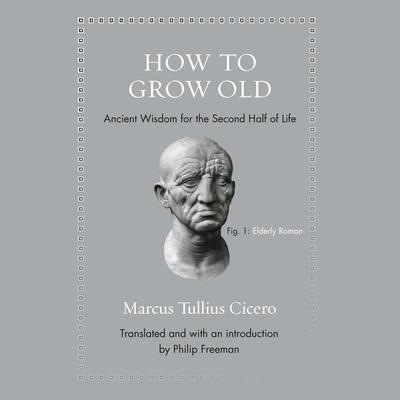 How to Grow Old: Ancient Wisdom for the Second Half of Life

Worried that old age will inevitably mean losing your libido, your health, and possibly your marbles too? Well, Cicero has some good news for you. In How to Grow Old, the great Roman orator and statesman eloquently describes how you can make the second half of life the best part of all—and why you might discover that reading and gardening are actually far more pleasurable than sex ever was.

Filled with timeless wisdom and practical guidance, Cicero's brief, charming classic—written in 44 BC and originally titled On Old Age—has delighted and inspired readers, from Saint Augustine to Thomas Jefferson, for more than two thousand years. Presented here in a lively new translation with an informative new introduction and the original Latin on facing pages, the book directly addresses the greatest fears of growing older and persuasively argues why these worries are greatly exaggerated—or altogether mistaken.

Montaigne said Cicero's book "gives one an appetite for growing old." The American founding father John Adams read it repeatedly in his later years. And today its lessons are more relevant than ever in a world obsessed with the futile pursuit of youth.

Marcus Tullius Cicero (106–43 BC), commonly known as Cicero, was a Roman statesman, philosopher, orator, and lawyer. Born into an aristocratic family, he studied law and served a term as consul in 63 BC. Following the assassination of Caesar in 44 BC, to which he was a witness, he argued in front of the senate for the restoration of the republic but was unsuccessful. In 43 BC, he was murdered on the orders of Mark Antony. Cicero’s works include philosophic writings, speeches made as a lawyer and a senator, and letters.