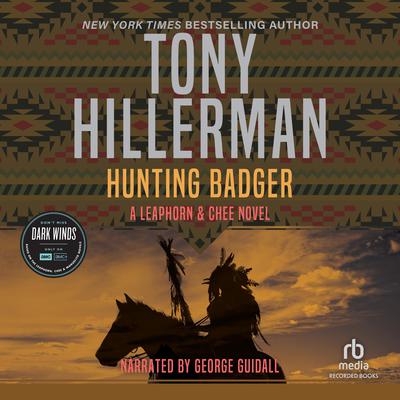 Tony Hillerman's best-selling reservation series occupies a unique place in the world of mystery novels. By combining Native American lore and history with suspenseful crime stories, he enlightens and entertains his many fans. Hunting Badger takes you to the Navajo reservation where police sergeant Jim Chee is facing a thorny dilemma. One year ago, Sgt. Chee was part of an FBI search for two cop killers. The men were never caught, and Chee has always blamed police rivalry for the failure. Now several commandos have robbed a casino on the Ute reservation. Police suspect they are hiding in the same area as the cop killers. Reluctantly, Chee joins the manhunt, with Joe Leaphorn by his side. The reunion of Chee and Leaphorn adds a warm touch to this thrilling fast-paced tale. Mounting danger and suspense surround the two lawmen and friends as they close in on their prey. Based on actual events, Hunting Badger is a colorful as a southwestern sunset, especially through George Guidall's sparkling narration.