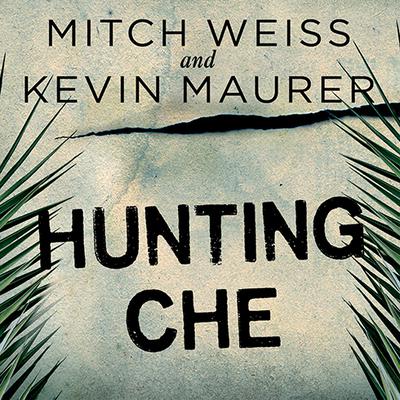 By Mitch Weiss and Kevin Maurer
Read by Robertson Dean

By the mid-1960s, Guevera had become famous for his outspoken criticism of the United States and his support for armed Communist insurgencies. He had been one of the architects of the Cuban Revolution, and was attempting to repeat his success throughout Latin America. His guerrilla tactics and talent for proselytizing made him a threat to American foreign policy—and when he turned his attention to Bolivia in 1967, the Pentagon made a decision: Che had to be eliminated. Major Ralph "Pappy" Shelton was called upon to lead the mission to train the Bolivians. With a hand-picked team of specialists, his first task was to transform a ragtag group of peasants into a trained fighting force who could also gather intelligence. Gary Prado, a Bolivian officer, volunteered to join the newly formed Bolivian Rangers. Joined by Felix Rodriguez, a Cuban exile working for the CIA, the Americans and Bolivians searched for Che. The size of Che's group and when they would strike were unknowns, and the stakes were high. If Bolivia fell, it would validate Che's theories and throw South America into turmoil. Hunting Che follows the exploits of Major Shelton, Felix Rodriguez, and Gary Prado—the Bolivian Ranger commander who ultimately captured him. The story begins with Che's arrival in Bolivia and follows the hunt to the dramatic confrontation and capture of the iconic leader in the southeastern village of La Higuera. With the White House and the Pentagon secretly monitoring every move, Shelton and his team changed history, and prevented a catastrophic threat from taking root in the West.

An entertaining new perspective. —Publishers Weekly
“An entertaining new perspective.” —Publishers Weekly
“This revealing account of Che Guevara’s ill-fated guerrilla campaign in Bolivia in 1967 and his capture and excecution by US-aided Bolivian forces offers a new perspective on the iconic revolutionary’s last days…Their description of the molding of the Bolivian units into an effective fighting force by US Green Berets is engrossing, and they provide a detailed account of the final hours of Che’s life.” —Booklist

Mitch Weiss is a Pulitzer Prize–winning investigative journalist and coauthor of No Way Out and Tiger Force.