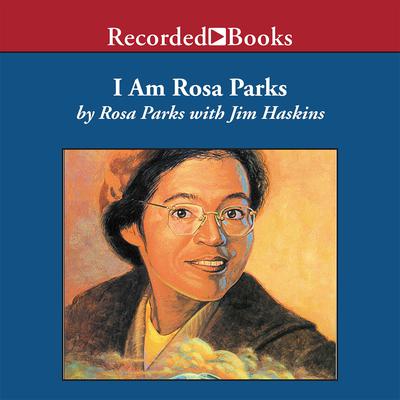 I Am Rosa Parks

When Rosa Parks was a young girl, black children in the South could not go to the same schools as white children. Black people could not even eat in the same restaurants or drink from the same water fountains as white people. Blacks and whites were separated by the law everywhere they went. By the time Rosa grew up, she knew the law was wrong. She was tired of having to stay separate from whites. One day, when a bus driver told her to get out of her seat so a white rider could use it, Rosa said, "No." She made the police arrest her, so she could show everyone that the law was unfair. In her own words, Rosa Parks tells the story of her brave act and the amazing events that followed. Narrator Patricia R. Floyd voices all of the courage and strength that led Rosa to help black people win their rights and end segregation.

Rosa Parks (1913–2005) was cofounder of the Rosa and Raymond Parks Institute for Self-Development and is recognized as the “mother of the modern-day civil rights movement.”