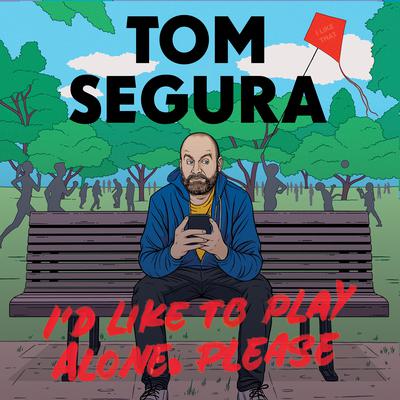 From Tom Segura, the massively successful stand-up comedian and co-host of chart-topping podcasts “2 Bears 1 Cave” and “Your Mom’s House,” hilarious real-life stories of parenting, celebrity encounters, youthful mistakes, misanthropy, and so much more.


Combining his signature curmudgeonly humor with, as Newsweek put it, a "silly approach to upsetting topics," Tom Segura presents a series of personal stories packed with the crazy characters and strong opinions fans have come to know and love from his podcasts and standup.

The essays in I’d Like to Play Alone, Please feature comedic tales from Tom's time on the road, his marriage, the trials and tribulations of parenting young children and, perhaps most memorably, his dad who, like any good Baby Boomer father, likes to talk about his bowel movements and share graphic Vietnam stories at inappropriate moments. It's enough to make anyone want some peace and quiet. This book will have readers laughing out loud and nodding in agreement with Segura's central message: in a world where everyone is increasingly insane, sometimes you just need to be alone.

“Tom Segura delivers a treatise that is as timely as it is thought provoking and…actually, he did something better…a book that’s ridiculously funny!!!! If you want to live inside the mind of one of the best comics out there, here’s your chance.” —Jon Stewart, American comedian and television host
“One of the funniest men I know has written an extremely funny book of stories that he’s never told on stage…Tom continues to be one the greatest storytellers on the planet.” —Ali Wong, American comedian and New York Times bestselling author

Tom Segura is a comedian well known for his Netflix specials Ball Hog, Disgraceful, Completely Normal, and Mostly Stories. He has also made feature film appearances that include Instant Family, Countdown, Flinch, and The Opening Act, among others. He is one of the top-selling touring acts in the world, having sold hundreds of thousands of tickets on multiple international tours. Additionally, he co-hosts two of the most popular comedy podcasts, “Your Mom’s House” and “Two Bears, One Cave.” He also producers multiple podcasts under his YMH Studios brand.