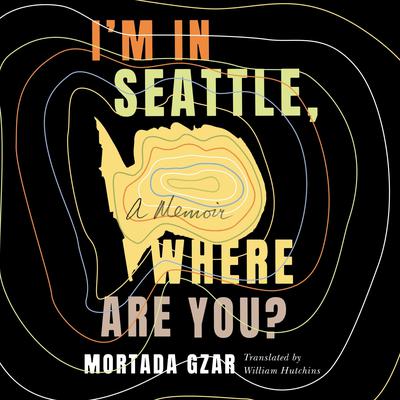 I'm in Seattle, Where Are You?: A Memoir

An award-winning Iraqi writer creates a new world for himself in Seattle in search of lost love.

As the US occupation of Iraq rages, novelist Mortada Gzar, a student at the University of Baghdad, has a chance encounter with Morise, an African American soldier. It’s love at first sight, a threat to them both, and a moment of self-discovery. Challenged by society’s rejection and Morise’s return to the US, Mortada takes to the page to understand himself.

In his deeply affecting memoir, Mortada interweaves tales of his childhood work as a scrap-metal collector in a war zone and the indignities faced by openly gay artists in Iraq with his impossible love story and journey to the US. Marginalized by his own society, he is surprised to discover the racism he finds in a new one. At its heart, I’m in Seattle, Where Are You? is a moving tale of love and resilience.

Al-Sayyid Asghar Akbar by the brilliant writer Mortada Gzar offers a unique, magical approach to prose narration. It is an entertaining novel with a surreal atmosphere that offers us a panoramic portrayal of the life of the city of Najaf and its ordinary citizens. Contemporary scenes blend with age-old symbols in it. —Lotfiya al-Daylami
Al-Sayyid Asghar Akbar is one of the few Iraqi novels that draws successfully on other arts, especially poetry. It can stand confidently beside the best Iraqi novels with its rich content and magical technique. —Abd al-Khaliq al-Rikabi
This novel excavates the past, its characters’ lives, and what they have deliberately concealed. —Ali Abbas Khafif
Al-Sayyid Asghar Akbar is a distinctive Iraqi tragedy saturated with comedy that Mortada Gzar has written with a unique lexicon. Its characters are drawn from the bottom of Iraqi society, from its margins. In this novel we hear the voices of people who otherwise are never allowed to express an opinion openly. —Saad Mohammed Raheem
Al-’Ilmawi (The Scientismist) was written by the skillful dreamer Mortada Gzar, who is an engineer, an artist, and a filmmaker. Its events are described by an imagination that is open full throttle. Twin brothers, Abbas and Fadhil, live through the period from the 1990s to 2003. One brother invents a manikin that answers questions but self-destructs when interrogated by a British commander. —Maysalun Hadi, author of Prophecy of Pharaoh
The greatest success of Al-Sayyid Asghar Akbar (Mr. Little Big) is in building a space that links past with present and wonder tales with bleak contemporary realities like the American occupation of Iraq. —Mohammed Khudayyir, author of Basrayatha: Portrait of a City
Mortada Gzar’s memoir, I’m in Seattle, Where Are You?, is a dazzling account of love, loss, and the complications of exile. This Iraqi novelist, filmmaker, and artist, a Whitman-like figure who contains multitudes in his embrace of the cosmos, understands ‘that stories, like meteors, obey the laws of physics,’ and what emerges in the stories he tells to an array of characters, including the statue of a vagrant, is proof that while ‘their energy does not fade or increase’ they will shape the lives and thinking of those who have the good luck to hear them. This is exactly the book to read in this fraught time. —Christopher Merrill, author of Self-Portrait with Dogwood
Wildly inventive…Built on keenly observed cultural, political, and personal details and populated by vivid characters, this book—illustrated throughout with Gzar’s starkly surreal ink drawings—draws readers into a narrative web that is by turns shocking, funny, and deeply moving. A magical tragicomic story of love, sacrifice, and conviction. —Kirkus Reviews
An exquisite story of life and lost love…Gzar’s nonlinear narrative and lyrical prose convey his deep desire to reunite with his lover…Hard to put down and difficult to forget. —Publishers Weekly (starred review)
At once hilarious and truly haunting, I’m in Seattle, Where Are You? is a story of so much: war and savagery, queerness and exile, love and loss. Mortada Gzar is the rare memoirist who understands memory itself—illogical, impossible, magical. —Rumaan Alam, author of the National Book Awards finalist Leave the World Behind
A memoir more formalistically creative than most novels! Mortada has extraordinary experiences, a generous heart, and incredible talent. —Anton Hur, PEN Translates award-winning translator
“A dazzling account of love, loss, and the complications of exile.” —Christopher Merrill, author of Self-Portrait with Dogwood