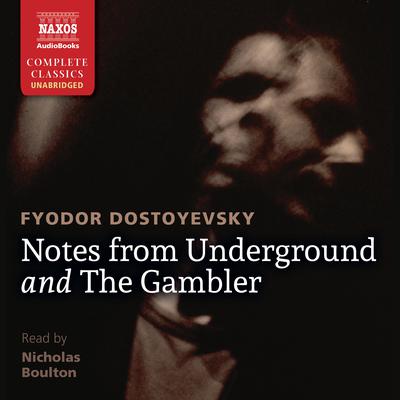 Notes from Underground and The Gambler

Considered one of the first existentialist novels, Notes from Underground contains one of the most unsettling characters in 19th-century fiction. Resentful, cruel, entitled and pitiful, Dostoyevsky’s Underground Man is a disturbing human being bent on humiliating others for his own amusement. He despises modern society and stews in a self-imposed misery, articulated through his bitter, contradictory monologues about torment and alienation. The Gambler is perhaps the most personal of Dostoyevsky’s novels. Written to pay off the author’s own gambling debts, the book follows the obsessions and anxieties of Alexey Ivanovitch, a sympathetic character who has given in to the forces of addiction. His despair is compounded by his love for the enigmatic Polina Alexandrovna, a cold and distant figure who exploits his desperation.