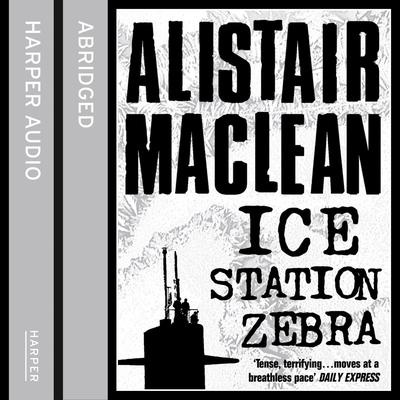 A classic thriller from the bestselling master of action and suspense

The atomic submarine Dolphin has impossible orders: to sail beneath the ice floes of the Arctic Ocean to locate and rescue the men of weather station Zebra, gutted by fire and drifting with the ice pack somewhere north of the Arctic Circle.

But the orders do not say what the Dolphin will find if she succeeds—that the fire at Ice Station Zebra was sabotage, and that one of the survivors is a killer …

Alistair MacLean (1922–1987) was a Scottish author of popular thrillers and adventure stories. His best-known works include The Guns of Navarone, Ice Station Zebra, and Where Eagles Dare, all of which were the basis for major motion pictures. He was the son of a minister brought up in the Scottish Highlands. In 1941 he joined the Royal Navy. After the war he read English at Glasgow University and became a teacher. Two and a half years spent aboard a wartime cruiser gave him the background for HMS Ulysses, his remarkably successful first novel, published in 1955. His books are estimated to have sold over 150 million copies. He is now recognized as one of the outstanding popular writers of the twentieth century, the author of 29 worldwide bestsellers, many of which have been filmed.