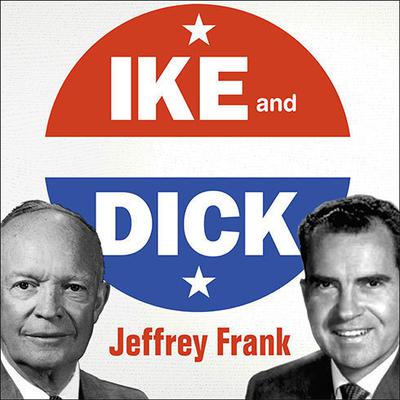 Ike and Dick: Portrait of a Strange Political Marriage

Richard Nixon was a young Navy officer when he first saw Dwight D. Eisenhower through a storm of tickertape as Manhattan celebrated the end of the war in Europe. Seven years later, Nixon was Eisenhower's running mate on the Republican presidential ticket—the beginning of a political and personal relationship that lasted for nearly twenty years. Despite a gulf that separated them by age and temperament, their association evolved into a collaboration that helped to shape the nation's political ideology, foreign policy, and domestic goals, from civil rights to the civilian space program.

Ike and Dick relates much that occurred out of public view, such as the sensitive discussions among senior staffers concerned about Nixon's proper role when Eisenhower suffered illnesses that might have incapacitated him. Based on deep archival research and interviews with dozens of men and women who knew and worked with both men, including family members, it offers fresh views of Nixon, the striving tactician, and the legendary general, a distant man with a warm smile who could, and did, make Nixon's life miserable.

In rediscovering the circle that surrounded them and a cast that includes Billy Graham, Senator Joseph McCarthy, Martin Luther King Jr., powerful newspaper columnists, early television personalities, and even the chilly young adman H.R. Haldeman, Ike and Dick provides an intimate view of America during the Cold War and of two men whose influence has never waned.

Pithily describing their relationship as having a filial aspect, though one without much filial affection, Frank chronicles it through Ike's presidency and Nixon's presidential campaigns with the rich, inside-politics mix of rumor and maneuver in which connoisseurs of political history love to marinate. —Booklist