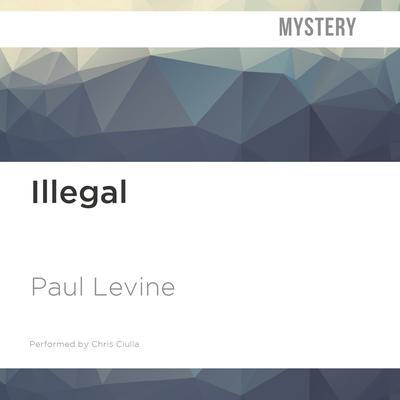 Trial lawyer Jimmy “Royal” Payne was his own worst enemy-until now. Haunted by personal tragedy and wanted by the cops, Payne needs to skip town. What he doesn’t need is Tino Perez, a gutsy twelve-year-old Mexican boy in search of his missing-and undocumented-mother. But Payne’s ex-wife, an L.A.P.D. detective he still loves, makes him a deal: help the boy or go to jail. Soon Payne is following Tino into the darker side of the American dream. From bloody Mexicali to the bullet-ridden San Joaquin Valley, Payne is be swept into the dark current of illegal immigration, human trafficking, and sexual slavery-all the while, navigating the twisted border between justice and revenge.

Paul Levine is a former trial and appellate attorney and the award-winning author of numerous legal thrillers. He has received the John D. MacDonald Award for Excellence in Florida Fiction and the Inkwell Award presented by the South Florida Writers Association. Solomon vs. Lord was nominated for the Macavity Award and the Thurber Prize for American Humor. The Deep Blue Alibi was nominated for an Edgar Allan Poe Award. Kill All the Lawyers was a finalist for the International Thriller Writers Award. He also has written for ABC television, Stephen J. Cannell Studios, and the CBS television program JAG. He is a graduate of Penn State University and the University of Miami Law School. For more information, visit his website at paul-levine.com.