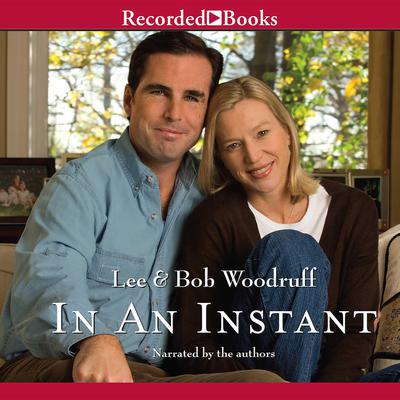 In an Instant: A Family's Journey of Love and Healing

In January 2006, Lee and Bob Woodruff seemed to have it all-a happy marriage, four beautiful children, and marvelous careers. Bob had just been named co-anchor of ABC's World News Tonight, but then, while he was embedded with the military in Iraq, an improvised explosive device went off near the tank he was riding in. He and his cameraman, Doug Vogt, were hit, and Bob suffered a traumatic brain injury that nearly killed him. In an Instant is the frank and compelling account of how Bob and Lee Woodruff's lives came together, were blown apart, and then were miraculously put together again-and how they persevered, with grit but also with humor, through intense trauma and fear. More than a dual memoir of love and courage, In an Instant is an important, wise, and inspiring guide to coping with tragedy-and an extraordinary drama of marriage, family, war, and nation

“An inspiring story and one that reminds us that there are countless families facing similar tragedies. The narration by both Bob and Lee enhances the listening experience and brings an added poignancy to the events they describe.” —Library Journal
“The Woodruffs reveal both the strengths and weaknesses that they brought to coping with Bob’s crisis. Their frankness heightens the book’s impact, as does its wider subject: the increasing frequency in Iraq of explosion-induced head injuries like those Bob suffered. This book means to draw compassion and attention to those casualties, and it surely will.” —New York Times

Bob Woodruff was named coanchor of ABC’s World News Tonight. While reporting on US and Iraqi security forces, he was seriously injured by a roadside bomb that struck his vehicle near Taji, Iraq.

Lee Woodruff is the life and family contributor for ABC’s Good Morning America and a freelance writer. She is on the board of trustees of the Bob Woodruff Family Foundation, a nonprofit organization that provides critical resources and support to our nation’s injured service members, veterans, and their families, especially those affected by the signature hidden injuries of war: traumatic brain injury and combat stress. Lee lives in Westchester County, New York, with her husband, ABC News anchor Bob Woodruff, and their four children.