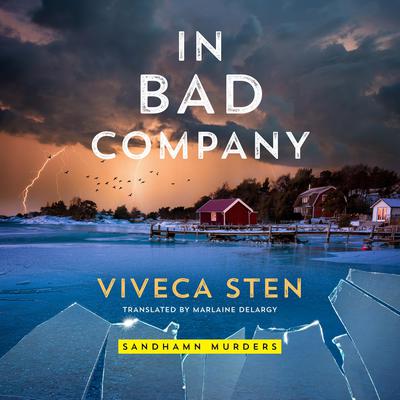 Sandhamn Island’s archipelago is a beautiful place to visit. For a mother on the run, it’s the only place to hide in a novel of escalating suspense by Viveca Sten, bestselling author of Still Waters.

Building a case against Andreis Kovač is a risky strategy for prosecutor Nora Linde. A violent key player in Stockholm’s drug trade and untouchable when it comes to financial crimes, he has the best defense money can buy. To topple Andreis’s empire, Nora’s working a different angle. It’s personal. Nora’s critical witness is Andreis’s wife, Mina—if she’ll testify.

Mina has suffered her husband’s rage too long. It’s nearly cost her her life. Still carrying the traumas of the Bosnian War, Andreis can be triggered like an explosive. He must be taken down. And as the trial looms, Mina and her infant son must disappear. The police have found her a safe place to hide on Runmarö Island in Sandhamn’s archipelago. But there’s no shelter from a man as powerful and merciless as Andreis. Especially when he’s being crossed.

His campaign of terror has just begun. He’s prepared to crush anyone who stands in his way: Mina, Nora, and everyone they know and love. Andreis is coming for them. This time, Nora is on the defense.

Viveca Sten is one of Sweden’s most popular authors. Her Sandhamn Murders novels continue to top the bestseller charts and have been made into a successful Swedish-language television miniseries, which has been broadcast around the world to thirty million viewers.