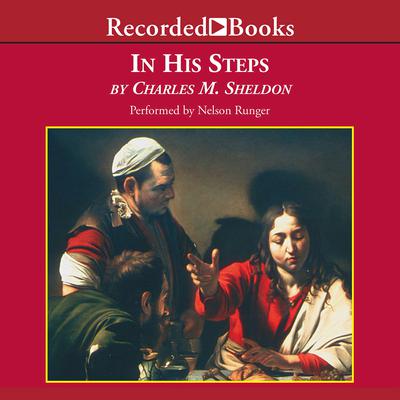 Over one hundred years ago, Reverend Charles Sheldon stepped up to the pulpit to deliver a sermon to his little flock of Congregationalists. Little did he know that his humble parable would evolve into a novel that would be published in 45 languages and affect the lives of at least 15 million people. A desperate, unemployed printer, looking for help in the mythical town of Raymond, is ignored until he's on the verge of dying. His last words, as he collapses in front of a church congregation, point out the difference between believing in Christianity and actually living it. The death of the homeless man becomes the catalyst for a year-long pact. What happens when an entire congregation decides to stop before every decision and ask itself, "What would Jesus do?" In His Steps is a book about life. Few books, other than the Bible, have been so widely circulated. Since its first publication, this inspirational classic has never been out of print. Its simple message transcends literature, theology, and religion.

Charles Monroe Sheldon (1857–1946) was born in Wellsville, New York. After receiving his education at Brown University and Andover Theological Seminary, he founded the Central Congregational Church in Topeka, Kansas, in 1889. He wrote stories that he often read to his congregation. In 1897 he published his highly popular In His Steps. The book was an instant success and for sixty years remained the largest-selling book in the United States after the Bible, with sales estimated at more than twenty-two million copies worldwide. From 1920 to 1925, he edited the Christian Herald. Some of the journalist conventions he pioneered are commonly used in the American press today.