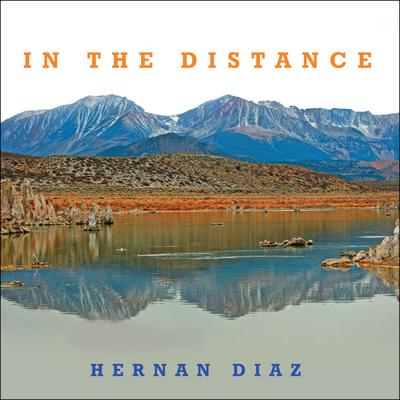 Finalist for the 2018 Pulitzer Prize for Fiction

Finalist for the 2017 PEN/Faulkner Award for Fiction

A young Swedish immigrant finds himself penniless and alone in California. The boy travels East in search of his brother, moving on foot against the great current of emigrants pushing West. Driven back again and again, he meets naturalists, criminals, religious fanatics, swindlers, Indians, and lawmen, and his exploits turn him into a legend. Diaz defies the conventions of historical fiction and genre, offering a probing look at the stereotypes that populate our past and a portrait of radical foreignness.

“Upends the romance and mythology of America’s Western experience and rugged individualism.” —Minneapolis Star Tribune
“Perhaps most striking is Diaz’s ability to describe the known as unknown, the all too familiar when it is yet unfamiliar. The nature of his protagonist, Håkan Söderström, a lost and wandering Swedish immigrant in the rough, largely uninhabited American territory, allows Diaz to write of what it is like to encounter the foreign or forgotten, such that the reader has a similarly enlightening experience, encountering it anew.” —Paris Review Daily
“A gritty, dreamy anti-Western Western. This book’s unflinching exposure of our foundational American myths about individualism and violence is so well-executed that it feels nothing short of subversive.” —Literary Hub
“A sensitively written, often harrowing odyssey through the desert.” —Kenyon Review
“This suspenseful novel is a potent depiction of loneliness, a memorable immigration narrative, and a canny reinvention of the old-school western…Here is a Western that expands the possibilities of the genre and hints to a brighter, more nuanced, more intellectually-stirring future.” —Publishers Weekly (starred and boxed review)

Hernan Diaz is the author of In the Distance, a finalist for the 2018 Pulitzer Prize for Fiction, as well as Borges, between History and Eternity. He is associate director of the Hispanic Institute at Columbia University.