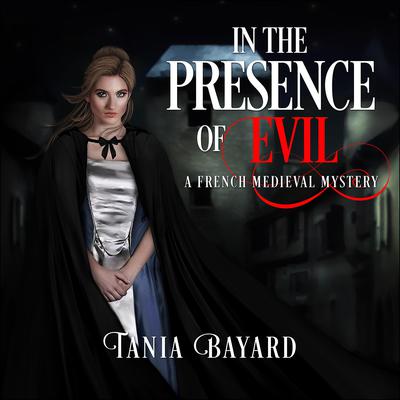 In The Presence of Evil: A French Medieval Mystery

Paris, 1393. Recent widow Christine de Pizan became a scribe to support her family, but when she is called to the palace to work, she dreads going. There, everyone fears the king's attacks of unreason and they believe the charlatans who claim they can cure him with vile potions. But when a mysterious book of magic leaves a trail of real murdered bodies in its wake, Christine has more than black magic to worry about.

Then one of the king's favorites, Hugues de Précy, is found murdered and his wife Alix de Clairy is blamed. Can Christine prove Alix's innocence and save her from being burned at the stake?

Tania Bayard is a freelance writer and lecturer specializing in medieval art, culture, and horticulture. She has taught art history at Fordham, Rutgers, and Hofstra universities and is the author of a number of books, including A Medieval Home Companion: Housekeeping in the Fourteenth Century. Previously, she was the curator of the Biblical Garden at the Cathedral of St. John the Divine in New York City and assistant horticulturist at The Cloisters, a branch of the Metropolitan Museum of Art.