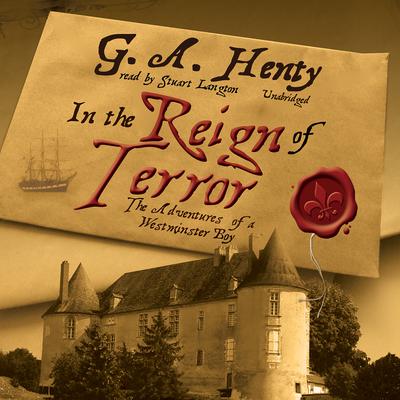 In the Reign of Terror: The Adventures of a Westminster Boy

By G. A. Henty
Read by Stuart Langton

When young Harry Sandwith, a Westminster boy, becomes a resident at the chateau of a French marquis, he begins a series of adventures with the family. One day, an ill-advised trip takes them to Paris at the height of the French Revolution. Suddenly Harry and his party are beset with perils at every turn. As they struggle to escape, imprisonment and death reduce their number. Finally, Harry finds himself in charge of the three young daughters of the house. Only he can save them from the reign of terror—and certain death.

George Alfred Henty (1832–1902) was born in Trumpington, England. He studied at Cambridge but left without his degree to serve in the Crimean War. After several failed attempts at careers, he decided in 1865 to become a writer, beginning as a correspondent for the Standard. He wrote his first boys’ adventure, Out of the Pampas, in 1868, and its popularity spurred him to write some eighty more children’s books.