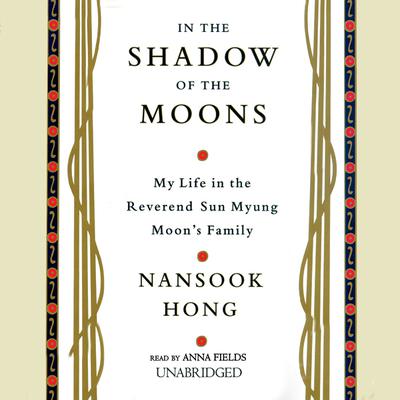 In the Shadow of the Moons: My Life in the Reverend Sun Myung Moon’s Family

Born in South Korea to deeply religious parents, Nansook was hand-picked at age fifteen by the Reverend Moon to marry his son, Hyo Jin, the heir to Moon’s spiritual and economic empire. Abruptly uprooted from her life in Korea, Nansook moved to the Moon family’s opulent house not far from New York City and began her sophomore year in high school, speaking no English and concealing a marriage that could have brought charges of statutory rape. Her misery quickly became complete: her husband slept with prostitutes and drank, while his parents blamed Nansook for failing to reform their wayward son. Worse still was the hypocrisy she witnessed in the lives of the Moon family, who claimed to be sinless, but indulged in adultery, illicit drugs, and eventually physical violence. This is the harrowing tale of her years as an abused wife and privileged member of a religious cult, and her fight to create a life for herself and her children beyond the shadow of the Moons.

“An entertaining treatment of religious hypocrisy…told like a Jerry Springer show on paper.” —The Nation

Nansook Hong is the former wife of Hyo Jin Moon, whose father, Sun Myung Moon, was the founder and leader of Unification Church.