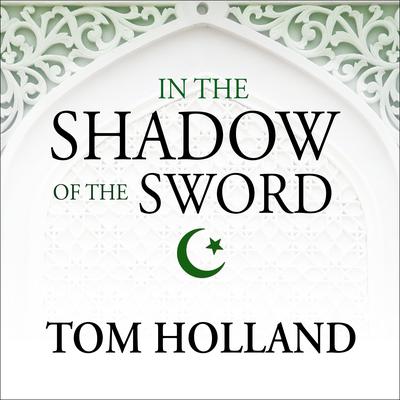 In the Shadow of the Sword: The Birth of Islam and the Rise of the Global Arab Empire

The evolution of the Arab empire is one of the supreme narratives of ancient history, a story dazzlingly rich in drama, character, and achievement. In this exciting and sweeping history—the third in his trilogy of books on the ancient world—Tom Holland describes how the Arabs emerged to carve out a stupefyingly vast dominion in a matter of decades, overcoming seemingly insuperable odds to create an imperial civilization. With profound bearing on the most consequential events of our time, Holland ties the exciting story of Islam's ascent to the crises and controversies of the present.

Tom Holland gained the top degree at Cambridge before earning his PhD at Oxford. He is the author of the novels The Bone Hunter, Slave of My Thirst, and Lord of the Dead, and several nonfiction history books, including Rubicon, Persian Fire, and The Histories, a new translation of Herodotus. He wrote and presented Islam: The Untold Story, a documentary commissioned for Channel 4 in Britain based on In the Shadow of the Sword. He lives in London with his wife and two daughters.