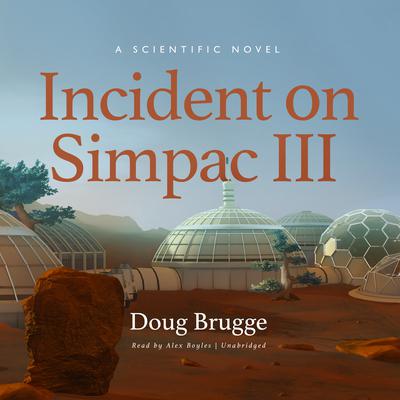 A few hundred years into the future, a wave of space colonization follows a disastrous earlier attempt to inhabit nearby extrasolar planets. It is guided by a new computational method based on massive data-driven socio-cultural and socio-epidemiological modeling and using novel biological computers, fed with data on Earth’s history of successes and failures.

Yet, in the newly settled Simpac system, some unexpected and worrying anomalies begin cropping up, making an urgent expedition to the system necessary: is it the underlying data, the computations, or is some unknown entity tampering with the space colonization program? A race against time ensues as the lives of four strangers begin to converge.

While grounded in the social systems aspect, the author posits that the future is likely to be characterized by more biology-based tools than most contemporary science fiction—which most often relies entirely on nonbiological hardware in terms of advanced technologies—predicts. The result is an entertaining and skillful blend of thriller and SF, complemented by a nontechnical appendix describing the underlying science.

Doug Brugge holds a PhD in Biology from Harvard University and an MS in Industrial Hygiene from the Harvard School of Public Health. He is currently a professor at the Department of Public Health and Community Medicine at Tufts University School of Medicine. He has secondary appointments in Civil and Environmental Engineering and at the Jonathan M. Tisch College of Active Citizenship and Public Service. Most of his work employs a community-based participatory research approach with a deep commitment to translating research into concrete policies and practices. He is the author of Particles in the Air: The Deadliest Pollutant Is One You Breathe Every Day. ​