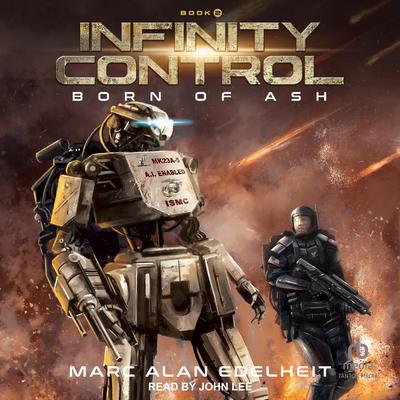 The war is over. The First Galactic Empire has collapsed into ruin and ash. Or has it?

Keira, having been hunted and almost killed by the Unified Planetary Government's regulators, for reasons she does not fully understand, finds herself rescued by Marines and stranded on the Imperial Starship Seringapatam.

More confusing, Keira has developed a strange power she cannot seem to control, let alone understand, the ability to interact with the machine in ways that are unexplainable.

Her father passes the responsibility for his critical mission, what the Seri was dispatched to accomplish . . . to her, instructing Keira to travel to the planet's core and find the precursor ruins. There she must somehow locate the Infinity Controller, a powerful and mysterious artifact.

But what is the Controller? She has been named a princess of the empire, and potential heir to the throne. But does the empire still exist? More troubling . . . can she even trust the crew of the Seri, or do they, like the UPG, want to use her ability to interact with the machine for their own nefarious purposes? The empire's ancient enemy has returned in strength. They want the Controller too and will stop at nothing to get it.