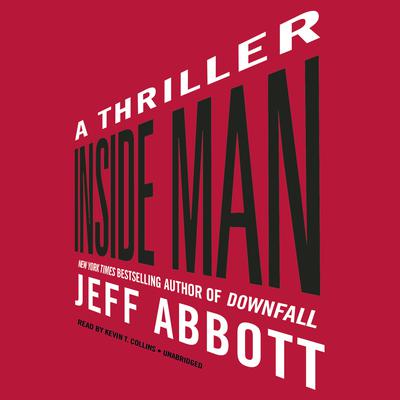 Inside Man: A Thriller

When Sam Capra's best customer—and friend—is murdered outside his Miami bar, Sam decides to seek justice. Determined to find out the connection between his friend's death and a beautiful stranger, Sam infiltrates the Varelas, one of Miami's most prominent—and dangerous—families. He faces a powerful but unstable mastermind intent on dividing his business empire between his three very different children, who may hold murderous secrets of their own. Sam is inexorably drawn into the family drama, amplifying painful echoes of his own shattered relationships as son, brother, father, and husband. And in his quest to unearth the killer before his cover is blown, Sam discovers one of the world's dark corners, a place where laws are inconsequential, and no amount of money or power can save you.

“Abbott is one of the best thriller writers in the business, and he delivers action and complex characters in an explosive cocktail.” —Associated Press on The Last Minute
“Abbott excels at spinning complex webs of intrigue combining psychological twists and abundant action.” —Publishers Weekly on Downfall

Jeff Abbott is the award-winning author of numerous mystery and suspense novels, including the Sam Capra novel, winner of the International Thriller Writers Award. He is a three-time finalist for the Edgar Award. A native Texan, he graduated from Rice University with a degree in history and English and worked as a creative director at an advertising agency before writing full time.