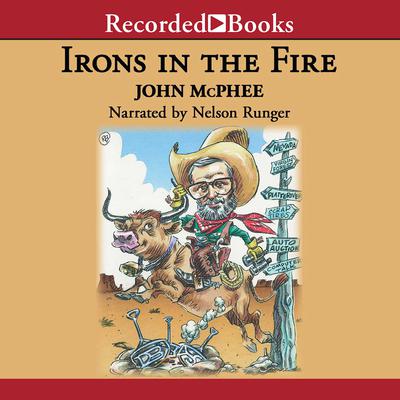 Irons in the Fire

Fabulously entertaining and filled with the intriguing trivia of life, Irons in the Fire is another impeccably crafted collection of seven essays by John McPhee. His peerless writing-punctuated with a sharp sense of humor and fascinating detail-has earned him legions of fans across the country. Whether he's riding with a cattle brand inspector in wild and wide-open eastern Nevada, or following Plymouth Rock through its various sizes, shapes and resting places, McPhee provides the listener with an intimate glimpse into ordinary people and the extraordinary interests that shape their lives. These delightful pieces-including Irons in the Fire, Travels of the Rock, Release, In Virgin Forest, The Gravel Page, Duty of Care, and Rinard at Manheim-reveal the fascinating worlds hiding right under our noses. Narrator Nelson Runger's studied voice conveys McPhee's understated and thought-provoking writing. If you have never sampled McPhee's inspired prose, this audiobook will turn you into a lifelong fan.