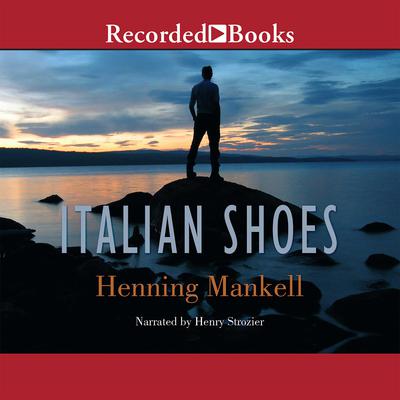 With more than 30 million copies of his works published in 37 languages, award-winning author Henning Mankell may be Sweden' s most accomplished novelist. Here he crafts the icy, atmospheric tale of Fredrik Welin, a disgraced surgeon living in exile on a small island. When Fredrik receives a surprise visit from a lover he abandoned decades earlier, he begins the difficult road to redemption.

“Mankell is in the great tradition of those whose works transcend their chosen genre to become thrilling and moral literature.” —Michael Ondaatje, Booker Prize–winning author of The English Patient
“Moving…Mankell displays his considerable gifts for characterization as he succeeds in making his emotionally limited lead character sympathetic.” —Publishers Weekly (starred review)
“Mankell…offers a rich, thoughtful reflection on human isolation and redemption. Strozier’s controlled, nontheatrical performance is a perfect fit.” —AudioFile
“[A] short, beautiful, and ultimately life-affirming novel.” —Booklist
“Mankell…has an ability to create an intimate atmosphere that places the reader directly into the world of his characters, which is nothing short of brilliant.” —Library Journal