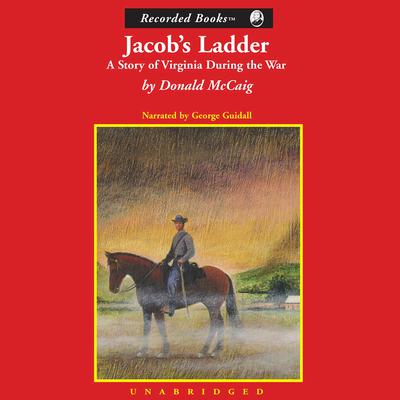 Best-selling author Donald McCaig received international acclaim with Nop's Trials and Nop's Hope. Now, looking back into the history of the Virginia countryside that has been his home for three decades, McCaig pens a sweeping historical saga set during the Civil War. Mattie is a lovely, spirited mulatto slave girl. Handsome, adventurous young Duncan is son of Gatewood Plantation's owner. Luther, a runaway slave, is fiercely independent, focused on his quest. As the storm clouds of the Civil War gather, the triangle formed by these lives sends out far-reaching effects. Filled with letters and carefully-researched details, Jacob's Ladder traces the paths of Gatewood's masters and slaves through a passionate and dramatic era of American history. Narrator George Guidall pulls you into the intricate web of loves and loyalties.

Donald McCaig has written several acclaimed novels about the Civil War, including Jacob’s Ladder, which has been called “the best civil war novel ever written” by the Virginia Quarterly.