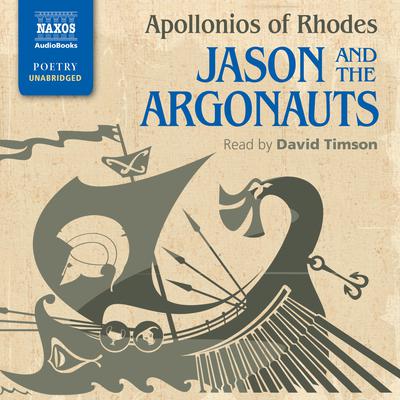 Jason and the Argonauts

By Apollonios of Rhodes
Translated by R. C. Seaton
Read by David Timson

Under the order of King Pelias, Jason embarks on a perilous journey to steal the Golden Fleece from the Land of Colchis. Far from heroic, Jason is the typical everyman. He is given to intense bouts of nervousness and anxiety, and is saved on more than one occasion by the sorceress Medea, Jason’s love interest, and his band of heroes: Castor and Pollux, Heracles, the musician Orpheus and the flying brothers Zetes and Calais. They encounter clashing rocks at the Bosphorus; an all-female parliament at Lemnos, where the women have slaughtered the men; harpies who plague the prophet Phineas; King Amycus, a champion boxer; an army of men who spring from the ground; and, of course, the never-sleeping dragon who guards the Golden Fleece. Often compared with Homer’s Iliad and Odyssey, Jason and the Argonauts is the only poem from the Hellenistic period and was hugely influential on later literature, especially the Roman poetry of Virgil and Ovid.