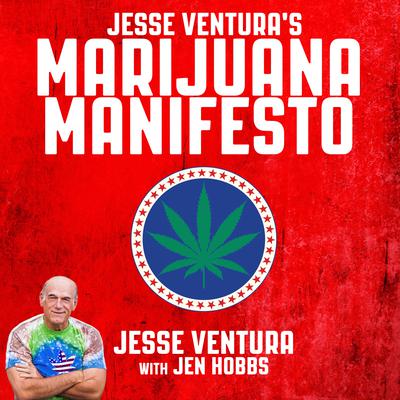 By Jesse Ventura  with Jen Hobbs
Read by Paul Woodson

Any way you look at it, for whoever is using it, marijuana is a medicinal plant, in abundant supply. Every month and every year that goes by, we find out more positive things about it. Marijuana has been demonized through the years but obviously this plant has a great deal of positive attributes, and it's also a renewable resource. Being a cash crop, marijuana is bad for the pharmaceutical industry. Is Big Pharma pressuring the government to continue to deny sick people access? If so, that's truly a crime against American citizens. And as Jesse Ventura writes: "Our government won't do the right thing and legalize marijuana unless we the people demand it, because there are so many people within our government on the payroll, all thanks to the War on Drugs."

Jesse Ventura's Marijuana Manifesto calls for an end to the War on Drugs. Just because something is illegal, that doesn't mean it goes away; it just means that criminals run it. Legalizing marijuana will serve to rejuvenate our pathetic economy, and just might make people a little happier. Ventura's book will show us all how we can take our country back.

Jesse Ventura has been a solid proponent of legal cannabis for decades. In Jesse Ventura's Marijuana Manifesto, he lays out the good sense of legalization, as well as the sheer insanity of prohibition. As a proud American, he pulls no punches calling out the political elite. —Dan Skye, High Times editor-in-chief