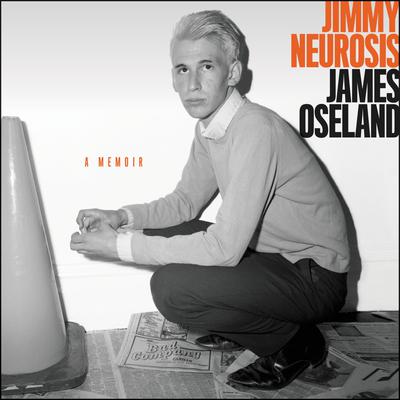 From a celebrated figure of the food world comes a poignant, provocative memoir about being young and gay during the 1970s punk revolution in America Long before James Oseland was a judge on Top Chef Masters, he was a teenage rebel growing up in the pre–Silicon Valley, California, suburbs, yearning for a taste of something wild. Diving headfirst into the churning mayhem of the punk movement, he renamed himself Jimmy Neurosis and embarked on a journey into a vibrant underground world populated by visionary musicians and artists.

In a quest that led him from the mosh pits of San Francisco to the pop world of Andy Warhol’s Manhattan, he learned firsthand about friendship of all stripes, and what comes of testing the limits—both the joyous glories and the unanticipated, dangerous consequences.

With humor and verve, Oseland brings to life the effervescent cocktail of music, art, drugs, and sexual adventure that characterized the end of the seventies. Through his account of how discovering his own creativity saved his life, he tells a thrilling and uniquely American coming-of-age story.

James Oseland is the editor-in-chief of World Food, a book series being published by Penguin Random House in 2019. Prior to that, he was the editor-in-chief of Saveur, America’s most critically acclaimed food magazine. He has won multiple National Magazine and James Beard Foundation awards and has been a judge on Celebrity Apprentice, Iron Chef America, and all five seasons of Bravo’s Top Chef Masters. He is also the author of Cradle of Flavor, which was named one of the best books of 2006 by the New York Times and Good Morning America.