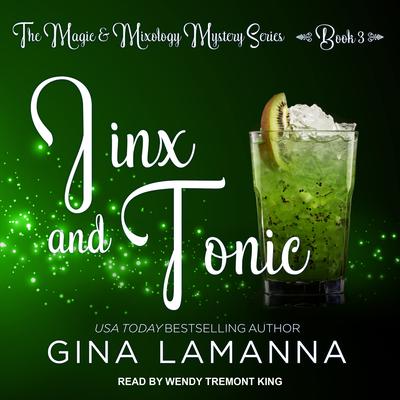 The time has finally arrived! The Trials are in full swing and celebratory parties fill the Isle as Candidates go head-to-head to prove themselves worthy of the coveted Ranger title. Drinks, dances, and masquerade balls set the stage for a glamorous series of events until suddenly, it all changes.

The most dangerous criminal on the island escapes from prison. Tragedy strikes. The Isle is thrown into chaos due to old, forbidden black magic, and only one person can help.

As the island's Mixologist, Lily is expected to step in and save the day. When she's forced to keep secrets from X while deciphering decades-old clues, however, she's pushed to the edges of her sanity.

With the help of her family, the Core, and her new boyfriend, X, Lily must stop the Puppeteer from taking over the island before it's too late.

Because if she doesn't succeed, nobody will.

I am in love with this series!!! I was hooked when I first met Lily and her quirky little family! . . . Every part of Lily's obstacles were mapped out beautifully and I could not put this book down! —Dayreader Reviews