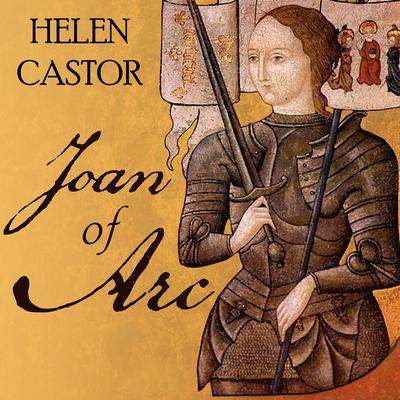 Joan of Arc: A History

Helen Castor tells afresh the gripping story of the peasant girl from Domremy who hears voices from God, leads the French army to victory, is burned at the stake for heresy, and eventually becomes a saint. But unlike the traditional narrative, a story already shaped by the knowledge of what Joan would become and told in hindsight, Castor’s Joan of Arc: A History takes us back to fifteenth century France and tells the story forwards. Instead of an icon, she gives us a living, breathing woman confronting the challenges of faith and doubt, a roaring girl who, in fighting the English, was also taking sides in a bloody civil war. We meet this extraordinary girl amid the tumultuous events of her extraordinary world where no one—not Joan herself, nor the people around her—princes, bishops, soldiers, or peasants—knew what would happen next.

An unorthodox yet erudite and elegant biography of this 'massive star.' —Kirkus

Helen Castor is a historian of medieval England and a Bye-Fellow of Sidney Sussex College, Cambridge. Her first book, Blood and Roses, was long-listed for the Samuel Johnson Prize in 2005 and won the English Association’s Beatrice White Prize in 2006. Her second book, She-Wolves, was selected as one of the books of the year for 2010 by the Guardian, the Sunday Times, the Independent, Financial Times, and BBC History Magazine. She lives in London.