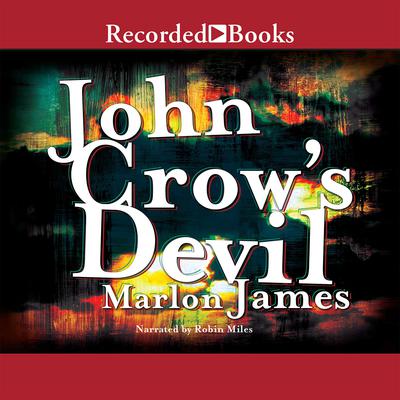 Novelist Marlon James had his first book nominated as a finalist for the Los Angeles Times Book Prize and his second book named a New York Times Editor's Choice. In this, his third novel, a failing preacher in 1957 Jamaica is ousted by a fiery newcomer who sends the congregation into a frenzy of spiritual awakening-and violence. "It's 150-proof literary rum guaranteed to intoxicate and enchant. Highly recommended."-Library Journal, starred review

“A powerful first novel...Writing with assurance and control, James uses his small-town drama to suggest the larger anguish of a postcolonial society struggling for its own identity.” —New York Times Book Review
“An astounding book...provocative and shocking, full of imaginative vim and stylistic vigor.” —ForeWord magazine
“Set in James’ native Jamaica, this dynamic, vernacular debut sings of the fierce battle between two flawed preachers...Those eager for fire-and-brimstone lyricism will find this an exciting read.” —Publishers Weekly
“Elements coalesce in a Jamaican stew spicier than jerk chicken. First novelist James moves effortlessly between lyrical patois and trenchant observations...It’s 150-proof literary rum guaranteed to intoxicate and enchant. Highly recommended.” —Library Journal (starred review)
“A mesmerizing treatise on the nature of good and evil, faith and madness, guilt and forgiveness, eloquently captured in a microcosm of society.” —Booklist