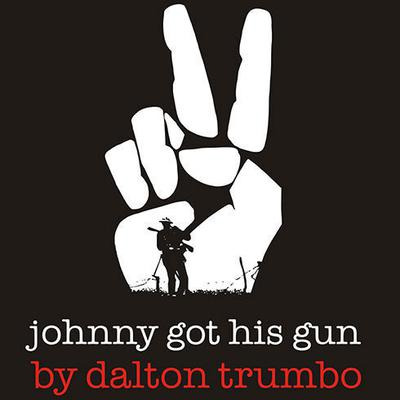 Johnny Got His Gun

This was no ordinary war. This was a war to make the world safe for democracy. And if democracy was made safe, then nothing else mattered—not the millions of dead bodies, nor the thousands of ruined lives…. This is no ordinary novel. This is a novel that never takes the easy way out: it is shocking, violent, terrifying, horrible, uncompromising, brutal, remorseless, and gruesome...but so is war. Johnny Got His Gun holds a place as one of the classic antiwar novels. First published in 1939, Dalton Trumbo's story of a young American soldier terribly maimed in World War I—he "survives" armless, legless, and faceless, but with his mind intact—was an immediate bestseller. This fiercely moving novel was a rallying point for many Americans who came of age during World War II, and it became perhaps the most popular novel of protest during the Vietnam era.

“Mr. Trumbo sets this story down almost without pause or punctuation and with a fury amounting to eloquence.” —New York Times
Powerful…an eye-opener. —Michael Moore
“It is hard to imaging a more persuasive argument for staying out of war than this smooth, savage, brilliant tale.” —Chicago Daily News

Dalton Trumbo (1905–1976), a screenwriter and novelist, was among the most prolific and important literary figures of his time. Dalton’s screenwriting credits include Kitty Foyle, for which he received an Academy Award nomination; Thirty Seconds Over Tokyo; and Sparticus. His books include Eclipse, The Time of the Toad, The Devil in the Book, and Washington Jitters. Johnny Got His Gun, the most highly acclaimed work of Trumbo’s extraordinary career, won a National Book Award (then known as an American Book Sellers Award) in 1939.