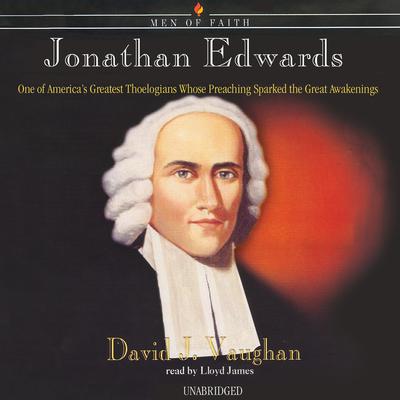 The Men and Women of Faith Series

The most prominent American philosopher-theologian of his time, Jonathan Edwards (1703–1758) was a spiritual giant in a day when spirituality was highly prized. He is best known for contributing a vast body of writings to the evangelical community on not only theological issues, many of which still challenge scholars, but also metaphysics, ethics, and psychology. His influence is felt today through his published works and godly example.

Edwards became the pastor of the church at Northampton, Massachusetts, in 1724. His powerful preaching launched the Great Awakening in 1734 and 1735 and a geographically more extensive revival in 1740 and 1741. He became a firm friend of George Whitefield, then evangelizing in America, who continued to promote the revival. Edwards was called to the presidency of the then nascent Princeton College shortly before his death.

David J. Vaughan is pastor of Liberty Christian Church and director of Liberty Leadership Institute. A graduate of the University of Missouri at St. Louis, he holds a PhD from Whitefield Theological Seminary. His many accomplishments include being a writer, editor, speaker, and community leader. He and his wife and their four children make their home in Missouri.