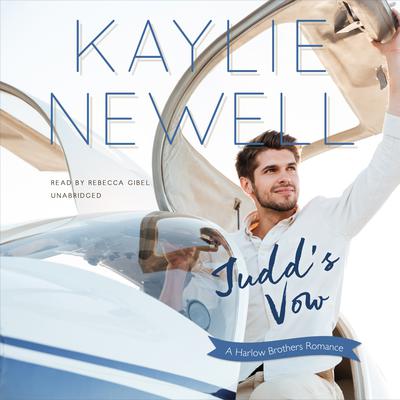 His heart has been grounded for so long. But she’s about to give it wings.

Captain Judd Harlow is happiest in the air. It’s only when he’s flying that he can leave his childhood memories behind. But when he and his brothers find themselves the guardians of their twelve-year-old half-sister, he knows moving back to the small Montana town where he grew up is the right thing.

When Savannah Casteele learns that a local pilot has agreed to fly her and her little boy to Chicago for a long-awaited surgery, she’s overcome with gratitude. A young, single mother, her first priority has always been raising her son the best way she knows how. But when she sees Judd for the first time, she’s unprepared for the affect he has on her heart: he’s stoic, guarded, and a little out of reach, reminding her that she’s not the only one who’s trying to put aside a broken past.

As they begin falling for one another, brought together by the children in their lives, they start seeing family not just as something you’re given but something you create. And that the heart, no matter how scarred, is always capable of a tender, new beginning. But are they both willing to take a leap of faith to get there?

“Savannah Casteele’s young son, Wyatt, needs an operation to fix his cleft palate, and narrator Rebecca Gibel has the listener experiencing her worry…Gibel delivers a youthful voice for Wyatt and runs the gamut from Maddie’s teenage voice to the elderly voice of Savannah’s grandmother. Judd and Savannah are both dealing with issues of abandonment from their childhoods, and listeners will feel their yearning for a family as they try to overcome their pasts.” —AudioFile

Kaylie Newell is a novelist and was named a finalist for the 2018 Rita Award for Best Short Contemporary Romance novel. She grew up the daughter of two gifted writers and knew she would eventually want to follow in their footsteps. While she has written short stories her whole life, it wasn’t until after her kids were born that she decided to write her first novel. She hasn’t looked back since.