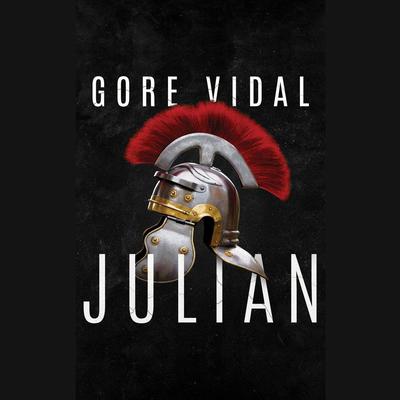 The remarkable bestseller about the fourth-century Roman emperor who famously tried to halt the spread of Christianity, Julian is widely regarded as one of Gore Vidal’s finest historical novels.

Julian the Apostate, nephew of Constantine the Great, was one of the brightest yet briefest lights in the history of the Roman Empire. A military genius on the level of Julius Caesar and Alexander the Great, a graceful and persuasive essayist, and a philosopher devoted to worshipping the gods of Hellenism, he became embroiled in a fierce intellectual war with Christianity that provoked his murder at the age of thirty-two, only four years into his brilliantly humane and compassionate reign. A marvelously imaginative and insightful novel of classical antiquity, Julian captures the religious and political ferment of a desperate age and restores with blazing wit and vigor the legacy of an impassioned ruler.

“No odder figure ever guided the destinies of the Roman Empire than the Emperor Julian Augustus. Here was a recluse and a scholar who became a great military leader, an ascetic who preached the life of the senses, a fatalist who believed he would remake the world…He is endlessly fascinating.” —Time
“Historical fiction in the true, honorable sense…Full of vivid, richly wrought detail.” —Wall Street Journal
“High entertainment.” — New York Times Book Review
“A subtle, provoking, enthralling book…Vidal’s ability to invoke a world is amazing.” —Christian Science Monitor
“A brilliant study of Julian’s era…That rare historical novel which enjoys all the virtues of good history and good fiction.” —Washington Star