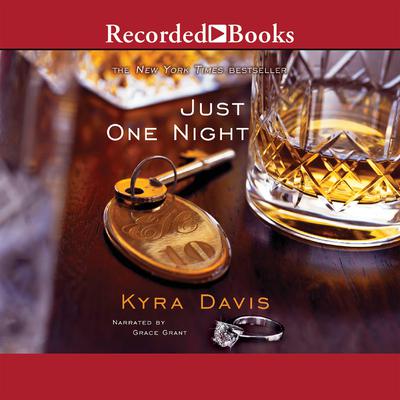 Kasie Fitzgerald knows who she' s supposed to be. Responsible. Reliable. Predictable. She' s an ambitious workaholic who is devoted to the sensible man she plans to marry. But one wild, impulsive night in Vegas is about to open her eyes to who she wants to be . . . . Trying her sexy new dress and her luck at a blackjack table, Kasie meets him . Intense. Flirtatious. Dangerous. She accepts his invitation for a drink . . . and then to his hotel room. She doesn' t know his name. But she' ll never forget the sex. Hard. Thrilling. Explosive. So when her mystery man later shows up at her office unexpectedly, she succumbs to his mastery, both in bed and in the boardroom. There' s no telling where the powerful, wealthy Robert Dade will lead her. But there' s also no resisting her desire . . . however far she' ll go under its spell. The only question is who she' ll be when the journey ends.

Kyra Davis is the New York Times bestselling author of the the Just One Night trilogy, So Much for My Happy Ending, and the Sophie Katz mysteries. She grew up in the San Francisco Bay Area and is currently living in Southern California with her son and his charming, albeit moody leopard gecko.