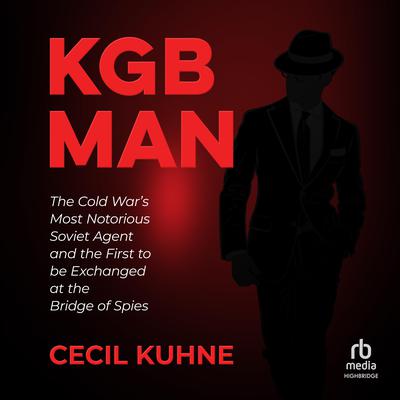 KGB Man: The Cold War's Most Notorious Soviet Agent and the First to be Exchanged at the Bridge of Spies

A thin, balding, and reclusive middle-aged Russian by the name of Rudolf Ivanovich Abel was one of the Soviet Union's most renowned spies during the Cold War of the 1950s . . . . until his cover was blown by an incompetent colleague who wanted to defect to the United States. This is the full account of Abel's espionage work, his dramatic apprehension, his eventual conviction and its affirmation by the United States Supreme Court, and finally, his surprising release back to Russia.

As the authorities hunted down Abel, the FBI had in hand his tools of trade but little else in the way of hard leads. After Abel was located, his modest hotel in Manhattan was staked out by the FBI for over a month before he was eventually arrested and tried for espionage.

After his conviction, Abel appealed his case to the Second Court of Appeals. His conviction was affirmed, and the case proceeded to the Supreme Court, which was sharply divided.

The cliffhanger facing Abel for the next several years was whether he would face the electric chair, remain in prison for the rest of his life, or be exchanged for an American spy held by the Russians. His fate remained in the balance.