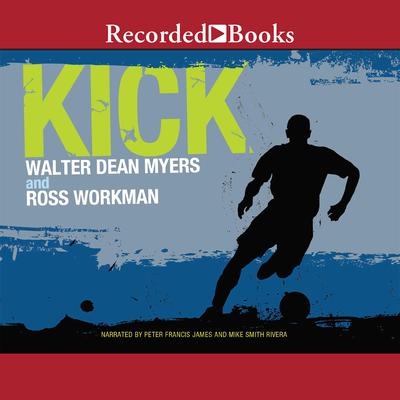 Winner of the Michael L. Printz Award, New York Times best-selling author Walter Dean Myers is critically acclaimed for his cutting-edge fiction for young people. In Kick, Myers teams up with Ross Workman for a tale that's sure to hit the mark. All the talent and finesse in the world are of little value unless one has the endurance and determination to make that final kick. "Drugs, drive-by shootings, gang warfare, wasted lives-Myers has written about all these subjects with nuanced understanding and a hard-won, qualified sense of hope."-New York Times

When Ross Workman was thirteen, he wrote a fan email to his favorite author. When Walter Dean Myers wrote back and asked him whether he would be interested in writing a book, Ross was amazed—and incredibly excited.