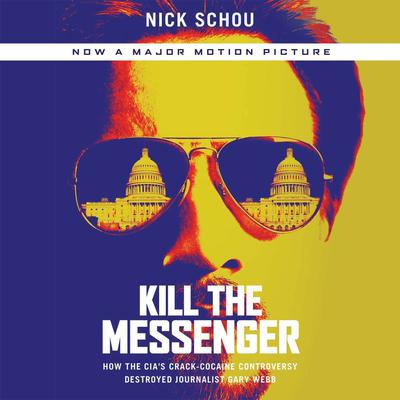 Gary Webb is the former San Jose Mercury News reporter whose 1996 “Dark Alliance” series on the so-called CIA-crack cocaine connection created a firestorm of controversy and led to his resignation from the paper amid escalating attacks on his work by the mainstream media. Author and investigative journalist Nick Schou published numerous articles on the controversy and was the only reporter to significantly advance Webb’s stories.

Drawing on exhaustive research and highly personal interviews with Webb’s family, colleagues, supporters and critics, this book argues convincingly that Webb’s editors betrayed him, despite mounting evidence that his stories were correct. By providing a probing examination of the one of the most important media scandals in recent memory, this book provides a gripping view of one of the greatest tragedies in the annals of investigative journalism.

“An impressive look at the intersection of clandestine government operations and a free press.” —Booklist, starred review
“Gary Webb was the epitome of journalistic guts, but instead of winning a Pulitzer he was betrayed by his employers and slandered by his profession. Here is the true story, brilliantly if sadly told, of the reporter who unmasked one of the most evil conspiracies in American history.” —Mike Davis, author of Planet of Slums
“Gary Webb took on a historic task, to investigate a subject that is forbidden and secret. He glimpsed an essential truth, and two years later the CIA admitted even more. By then, Webb was discredited, disrespected, and destroyed by his own journalism community. His epic story, faithfully examined by Nick Schou, will never die until all the secrets he tried to probe are revealed.” —Tom Hayden, political activist and author of The Port Huron Statement

Ray Chase graduated from the University of Southern California with a BA in theater and a minor in cinema and television. He has since worked extensively as a voice-over artist. Among his dozens of audiobook narrations are Ian Douglas’ Heritage trilogy and Robert Olen Butler’s Christopher Marlowe Cobb thrillers.

Nick Schou is an award-winning investigative journalist with the OC Weekly who has also written for the LA Weekly, the San Francisco Bay Guardian, and the Washington City Paper. He is the author of Orange Sunshine: The Brotherhood of Eternal Love and its Quest to Spread Peace, Love, and Acid to the World, The Weed Runners: Travels with the Outlaw Capitalists of America’s Medical Marijuana Trade, and Kill the Messenger: How the CIA’s Crack-Cocaine Controversy Destroyed Journalist Gary Webb. He lives in Long Beach, California.

Charles Bowden is a contributing editor for GQ and Mother Jones; he also writes for Harper’s, the New York Times Book Review, and Esquire. He lives in Tucson, Arizona.