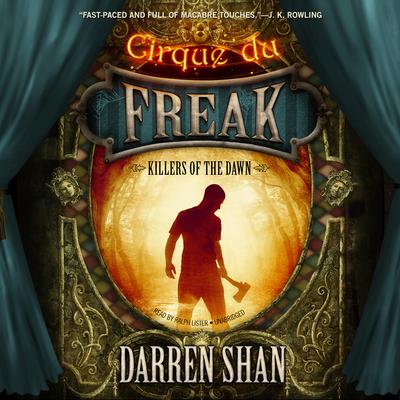 Killers of the Dawn

The hunters have become the hunted.

Outnumbered, outsmarted, and desperate, the hunters are on the run, pursued by the vampaneze, the police, and an angry mob. With their enemies clamoring for blood, the vampires prepare for a deadly battle. Is this the end for Darren and his allies?

This third and final installment in the Hunters trilogy finds Darren and his friends facing their longest night and most testing challenge yet.