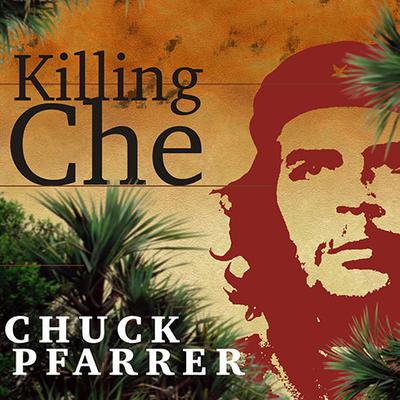 A rich, complex historical novel in the spirit of Graham Greene and John Le Carre, Killing Ché is a personal and political thriller that pits history's most infamous insurgent against a conflicted and world-weary CIA officer. The year is 1967; Vietnam is in flames and half a world away few realize that a firefight on a jungle road in Latin America is the beginning of a new and secret war. In the Ñancahuazú Valley of Bolivia international revolutionary Ché Guevara leads a band of guerillas determined to liberate a continent. Paul Hoyle, a CIA paramilitary officer, joins a team of operatives sent to crush the Bolivian insurgency. When a recovered backpack reveals that Che Guevara is in command of the rebels, the stage is set for a duel between world ideologies.
This powerful, tragic story transports the reader into the heart of the Bolivian jungle and into a world of noble truth and glorious aspirations. Pfarrer writes of love and defeat, loyalty and betrayal, and the tragic death of an ideal. At the center of the struggle are two complex women who may hold the keys to each man's destiny: Tania, Che's crucial undercover operative and occasional lover who, unbeknownst to him, is a "deep placement" of the KGB; and Maria Agular, mistress of the Bolivian Minister of Information, whom Hoyle dares to trust with both information and his emotions. Pulsing with action, populated by rich characters, and filled with authoritative and inside details from the author, a counter insurgency expert, Killing Ché is a stunning recreation of a conflict that sealed the fate of one of the 20th century's most charismatic and controversial figures.

Chuck Pfarrer is a counterterrorism consultant to both the US and foreign governments. The author of Warrior Soul: The Memoir of a Navy SEAL, he is also a screenwriter whose credits include The Jackal, Darkman, Red Planet, Hard Target, Virus, and Navy SEALs.