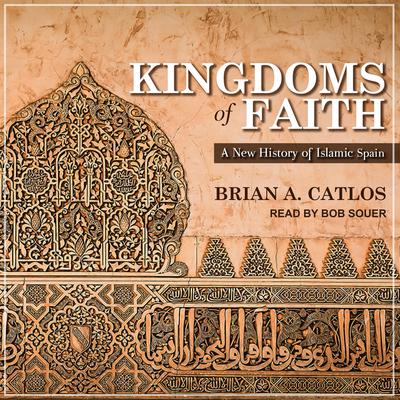 Kingdoms of Faith: A New History of Islamic Spain

By Brian A. Catlos
Read by Bob Souer

A magisterial, myth-dispelling history of Islamic Spain spanning the millennium between the founding of Islam in the seventh century and the final expulsion of Spain's Muslims in the seventeenth.

In Kingdoms of Faith, award-winning historian Brian A. Catlos rewrites the history of Islamic Spain from the ground up, evoking the cultural splendor of al-Andalus, while offering an authoritative new interpretation of the forces that shaped it.

Prior accounts have portrayed Islamic Spain as a paradise of enlightened tolerance or the site where civilizations clashed. Catlos taps a wide array of primary sources to paint a more complex portrait, showing how Muslims, Christians, and Jews together built a sophisticated civilization that transformed the Western world, even as they waged relentless war against each other and their coreligionists. Religion was often the language of conflict, but seldom its cause—a lesson we would do well to learn in our own time.

Brian A. Catlos is a professor of religious studies at the University of Colorado at Boulder. His books have won numerous awards, including the American Historical Association’s Premio del Rey Award, the Middle East Studies Association’s Albert Hourani Prize, and the Medieval Academy of America’s Charles Homer Haskins Medal.