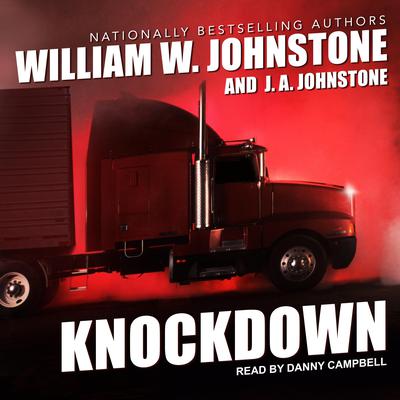 By William W. Johnstone  and J. A. Johnstone
Read by Danny Campbell

A NATION OFF THE RAILS

No one saw the first attack coming. A perfectly orchestrated assault on a mass-transit railroad line that left countless Americans dead. Intelligence experts are convinced this is no ordinary terrorist attack. To pull off something like this, it would take a deep-state traitor with dark foreign connections. And to stop them, it will take someone who isn't afraid to shed blood.

A HERO OFF THE GRID

Enter Barry Rivers, the Rig Warrior. An urban legend in the intelligence community, Rivers has been living off the radar for years. But when he sees his country under attack, he reaches out to his nephew Jake, an FBI agent, to track down the enemies in our own government. To these high-ranking traitors, Rivers is a threat to their global agenda. When Rivers revs up his tricked-out eighteen-wheeler and goes after a runaway train on a collision course with disaster, all bets are off. The war is on. And with Barry Rivers at the wheel, it's going to be the ultimate knockdown, drag-out fight for America's future . . .