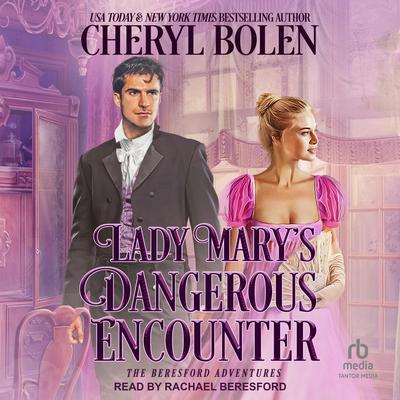 Lady Mary's traveling companion has disappeared and only one man believes she ever existed.

Welcome to book one in the adventurous new series from USA Today bestselling author Cheryl Bolen!

Lord Stephen Stanhope, a duke's diplomat son who's traveling to the Congress of Vienna, agrees to protect his friend's wayward sister on Stephen's journey to Austria. Lady Mary Beresford has impetuously set off on her own for Vienna. Vexed with the headstrong woman he's yet to meet, Stephen despairs of ever catching up with the maddening lady. They eventually meet at an inn in the Alps, where the guests' progress has been impeded by two matters: a blizzard—and Lady Mary's refusal to leave until she's found an elderly fellow traveler who has disappeared.

Mary's infuriated that everyone at the inn is in a conspiracy to deny the woman ever existed and to imply Mary invented her. Just when every person at the inn is against her, the handsome Lord Stephen arrives and becomes her champion.

Stephen doesn't tell her he's been sent by her brother, nor does he actually believe her preposterous story. Until there's an attempt on her life . . .

Cheryl Bolen is the award-winning author of more than a dozen historical romance novels set in Regency England, including Marriage of Inconvenience, My Lord Wicked, and A Duke Deceived. Her books have received numerous awards, such as the 2011 International Digital Award for Best Historical Novel and the 2006 Holt Medallion for Best Historical. She was also a 2006 finalist in the Daphne du Maurier for Best Historical Mystery. She is the mother of two grown sons, and lives with her husband in Texas.